December sees the Brown family travelling across Europe spreading their 50 Sports in 50 weeks message to get the world off the couch. In Finland they’ll have a go at Cross Country Skiing but before that they had the pleasure of trying a sport that owes its roots to Nordic skiing but has its own very distinctive style and a much wider range of locations and conditions you can do it in. That sport is Nordic Walking. Here’s their account of the week.

We arrived into England after the long haul from our home on the Gold Coast Australia and were greeted with predictable grey skies and chilly winds of an English winter. First stop was Visa Office to get the official approval to head to Russia later in the month for Ice Hockey and Dog Sledding. Perhaps I’ll share the fun that process entailed in another blog, but for now let’s fast-forward 24 hours to our arrival into the beautiful town of Corfe Castle, in Dorset on England’s southern coast. The region and town are both named after a spectacular castle that now lays mostly in ruins, but still has a wonderful appeal and draws swathes of tourists to the area each year. With its rolling hills, rugged coastline and the odd Jurassic fossil to be found, the area is perfect for Nordic Walking and the pastime has grown immensely in popularity over recent years.

That success can also be accredited to the single handed efforts of Nordic Walking UK whose home is in Corfe Castle for all the reasons mentioned above. Founders Mike Rollason and Gill Stewart, who we are also delighted to announce recently tied the knot, have amassed an army of certified and highly passionate Nordic Walking Leaders who regularly take groups out all over England for the exercise, fresh air and unbeatable social connection. Gill was our mentor for the week and quickly proved there is a lot more to the sport than meets the eye. After a thorough introduction with a few practice drills, the Gymsticks really do become an extension of your body and you suddenly feel the difference that engaging your upper body has on your overall effort, energy expenditure and workout benefits. It’s like finding a whole new set of gears in your marching repertoire. In fact they even talk about taking you through different gears as you progress in skill and fitness intensity levels.

Like most sports we have tried it was great to be able to do it as a family and each of us could work at our own level. It was when we joined up with the local group, the Perbeck Walkers led by Lynn Martin, that we realised this activity has wider appeal, with walkers (including Ben) ranging in age from 9 to their 90’s. Everyone got the workout they needed and within the groups smaller like-minded groups of similar abilities formed so everyone had a network of support around them.  You cannot find fault in that, even if the English climate can be a little unfavourable. They just dress for the weather and push on. How British is that!

So we give Nordic a big thumbs-up, especially for accessibility, affordability, social and physical benefits and it’s a safe and fun way to keep fit and healthy just about all year round.

Thanks to Mike, Gill, Lynn and everyone in Dorset that made our stay such a pleasurable one.  Check out Nordic Walking here: http://nordicwalking.co.uk

FYI, Jacqui, Ben and I plus our camera crew all stayed in a beautiful cottage right in town that is just a few minutes’ walk to the Castle and is perfect for holiday rental. For details check the website: http://cottageincorfe.co.uk/ 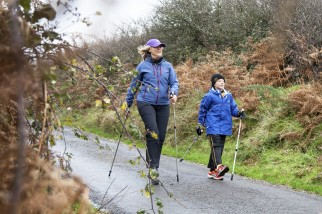 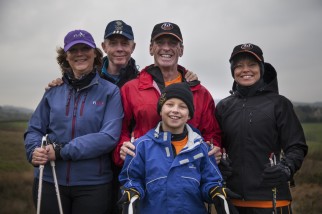 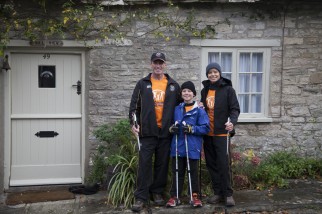 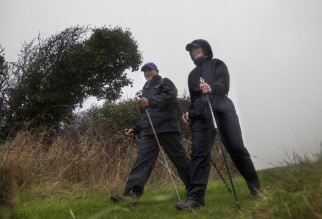 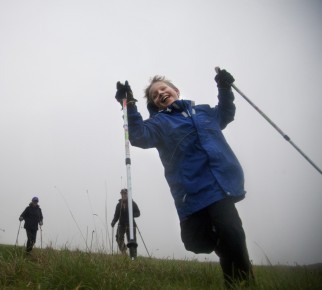 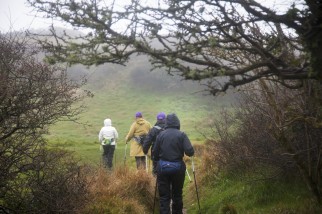 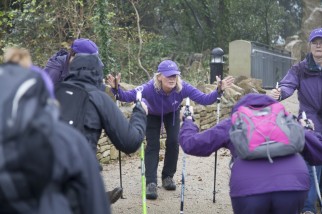 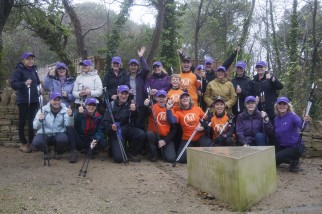