Notice: wp_register_style was called incorrectly. Scripts and styles should not be registered or enqueued until the wp_enqueue_scripts, admin_enqueue_scripts, or login_enqueue_scripts hooks. Please see Debugging in WordPress for more information. (This message was added in version 3.3.) in /home/www/50sports.org/wp-includes/functions.php on line 3245

Notice: wp_register_script was called incorrectly. Scripts and styles should not be registered or enqueued until the wp_enqueue_scripts, admin_enqueue_scripts, or login_enqueue_scripts hooks. Please see Debugging in WordPress for more information. (This message was added in version 3.3.) in /home/www/50sports.org/wp-includes/functions.php on line 3245

This week, the #50Sports mission and the Brown family tackle perhaps the most dangerous and exciting of all winter sports, Ski Jumping. Here the Brown’s share the story of their first impressions of Ski Jumping;

Without doubt, Ski Jumping has been a fantastic rush and a very unique experience that Jacqui, Ben and I will never forget. We had the honor of trying out this exhilarating sport at the site of the 1936 Winter Olympics and without doubt the most revered of all ski jumping venues, Garmisch-Partenkirchen. Our hosts were the custodians of the venue, the Partenkirchen Ski Club and their head trainer and World Cup Jumper, Fabian Ebenhoch. 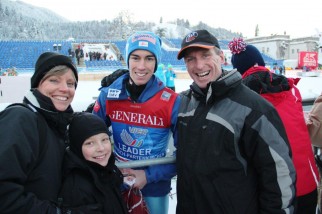 It all started on New Year’s Eve and Day where we attended the 2015 FIS Ski Jumping World Cup, also one of the prestigious Four Hills Ski Jump Events across Europe, eventually won by our new friend and favorite jumper, Austrian Stefan Kraft.

Once the 20,000 plus crowd had all left and the former Olympic Venue returned to normal, we returned to try the sport for ourselves, against the advice of anyone we spoke to said we were mad to even consider adding Ski Jumping to our 50 Sports.

However thanks to the expert guidance of former World Cup Jumper Fabian Ebenhoch, we not only jumped on our first day but we set what might be a new record in that we were jumping off the 20mtr ramp within one hour of first being introduced to the feather light skis. In fact Fabian could not even recall ever seeing any other Australians ski jump in his 17 year coaching career. Maybe we are a little crazy! 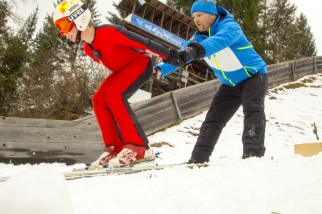 Our training saw us first getting used to the skis on a flat surface and then on the landing strip of the jump course. The skis are much longer than either alpine or cross country skis and are also made to be super light, thanks to their cardboard construction. With no edges to cut into the snow, grip on turns is also a problem and I have no idea how the serious competitors manage to stop so fast after their amazing flights. After my first jump I snow ploughed the full length of the available landing strip which was some 100 metres.

Partenkirchen Ski Club has four permanent jumps. The 20mtr, 40mtr, 80mtr and 120mtr jumps. At the World Cup we watched jumpers travel over 130mtrs and land with perfect precision. Naturally we started on the 20 and when you sit up top contemplating pushing off it seems a heck of a lot higher and longer than it did from the ground. Hence, this sport is as much about mind control as it is a physical challenge and once you push off there’s no backing out, no stopping and no turning back. It is a full commitment and I think that is what I liked most about it…and least!

Importantly Ski Jumpers are awarded points for style and technique on top of their distance so the farthest jump does not necessarily win. Today we were not going to score high on either but we did get points for showing up. Jacqui had a bumpy landing on her first jump but managed to keep on her skis. She bravely backed up for a second jump and this time she crashed on landing, but thanks to the clever design of the slope she did little harm other than a few bruises. 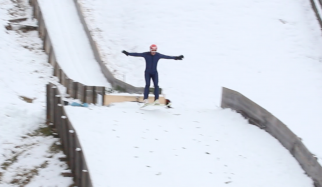 Happily I nailed both my landings but to be fair I was also conservative on my take off so I think we’ll call it a draw overall. Ben meantime was in a class of his own. He leapt off a specially fashioned kids sized jump and got full marks for distance and style, his coach Fabian sees real in promise in Ben’s Ski Jumping future, but Australia will have to build its first ski jumping park first.

Of course the fun of the week had a purpose and as always we went out of our way to visit local schools and deliver our Get it Right talks as well at several Hardy’s Fitness Clubs who were valued partners in the German leg of our 50 Sports mission. 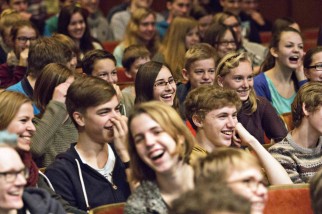 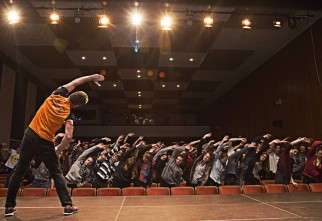 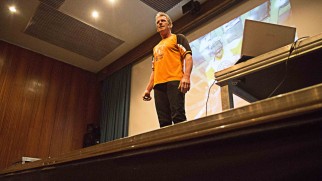 Anyway we had a fantastic time and we want to say a huge thank you to the Partenkirchen Ski Club, Hardy’s Fitness Clubs and our local host Johannes Loessl for making this rare opportunity available to us. Here’s a few more pics of the action and just wait til you see the video! 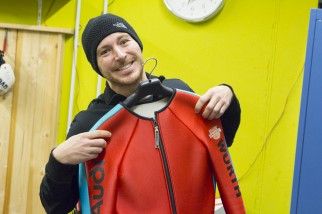 #50sports in 50 weeks. Getting the world off the couch…one sport at a time. www.50sports.org Read Also : Importance of sports