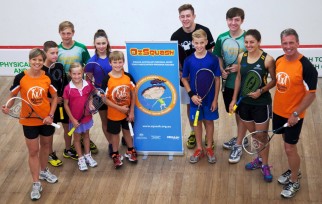 If you’re seeking a sport that that combines speed, skill, stamina and mental focus then look no further than squash, a game that remains hugely popular across Europe, is taking the United States by storm and is re-gaining momentum in traditional regions like Australia.  When it comes to keeping fit and healthy, Squash ticks many boxes, plus it’s reasonably affordable to play, is non-contact with a minimal risk of getting hurt making it a safe place for kids to start and there is a social scene around Squash clubs that many other sports would envy. If ever there was a barrier to entry it’s that little black ball that is hard to hit and when you do it travels very fast, so a beginner might struggle to hit the ball often enough to get the hang of the game. Well the clever folks at Squash have solved that with the recent introduction to a larger, softer and more bouncy ball that is not used to help new players of all ages to get into the game and have a good rally. The new ball which about 10% larger than the original and good deal softer, is also proving a hit with senior aged players, allowing them to enjoy the game more. To try the game out for ourselves, the 50 Sports in 50 weeks mission celebrated Squash Week in Brisbane to coincide with two major events on the sport’s calendar, the Queensland Squash Open and the Caboolture Open.  Both events featured two highly ranked players, Commonwealth Games Gold Medallist Rachael Grinham and her World Champion team mate Lisa Camilleri.  Both girls are very busy on the World Professional Squash Tour but Lisa kindly took some time out to meet with us and take us through the basic skills of the game. We caught up at her home courts at the Stafford Squash Club in Brisbane and there we learned to serve, lob and boast our shots and very quickly we were all having fin and raising a sweat. While there a film crew from Channel 9 dropped in and we did a live cross to the Today Show.  If you haven’t seen that check out the link here: http://www.jump-in.com.au/show/today/today-takeaway/2014/november/50-sports-in-50-weeks/ Inspired by Lisa we lined up for a second training run later that week, this time at the Labrador Squash Club nearer to our home. There we met with the club’s very passionate and experienced owner Terry and one of his top coaches Scott. We were also joined by our good friend and state MP Verity Barton so it was a lot of fun and we all very quickly improved our skills under Scott’s watchful eye. Ben had a game with a young local rising star Luke and while the lack of experience meant he was never in the lead there was no questioning his enthusiasm for his newest game. Lisa went on to win Silver at the both the Queensland and Caboolture Opens with impressive showings and we left with a renewed respect and love for Squash. It is a game that kids and their grown-ups could participate in regularly to keep fit, healthy and happy and with a range of social and league competitions to choose from there is plenty to keep everyone interested and give them something to train for. A big thank you to Trevor Smith, National Development Manager at Squash Australia for helping put it all together and to the Stafford Squash Centre and Labrador Squash Club for hosting our training events. 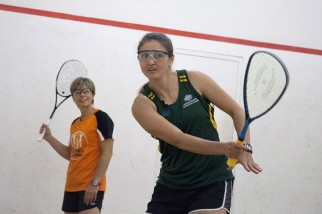 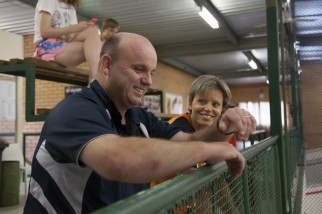 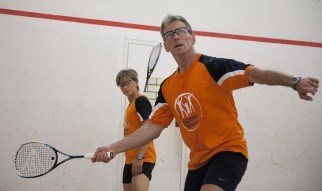